Born in Mexico City, Nuriya’s most formative years were abundant with the music of Mexico and other parts of Latin America, with Spanish flamenco, European classical music as well as Middle Eastern music. These musical traditions determined how her soul would communicate in coming years. Nuriya’s elders, her Iraqi grandfather in particular, made their mark on her by their perpetual playing of old Arabic records and singing of Middle-Eastern Jewish songs sung at family gatherings. Thus, inside Nuriya, the high-spirited ways of the Middle-East and Latin cultures became effortlessly intertwined. Her childhood enchantment with the melismatic arabesques of Oum Kalthoum and Agustin Lara has never left her.

Later in her teens and college years, Nuriya studied opera and jazz. Adept at technical knowledge, she was powerfully drawn back to the Latin and Middle-Eastern musical languages naturally forged together in her so long ago.
She attended The New School music conservatory in New York, encouraged by long time friend and teacher David Oquendo, she studied folkloric Afro-Cuban music and dance with the Muñequitos of Mantanzas in Cuba, she studied the ancient Hebrew and Arabic melodies with her cousin Yair Dalal in Israel and Flamenco at La Fundación Cristina Heeren in Seville where she was awarded a scholarship.
Nuriya has worked with Andy Summers of The Police and has appeared on Maurice el Medioni’s album “Descarga Oriental”. She continues to work with Yair Dalal, together with whom she has performed at Limmud UK.

Her album “Tanita” was co-produced and mixed by Grammy winner Jim Janik who also co-produced and mixed Ojos de Brujo’s “Techari” and “Bari” albums. She says, in her album ‘Tanita’ – ‘Little Gypsy’, she has put into sound and words, the cultures, the journeys, the colors and revelations that are her life experience thus far.

Currently she is working with Yair Dalal on a new project called “Babelucía” inspired by the music of two cultures, Middle Eastern Babylonian melodies and music of Andalucia. 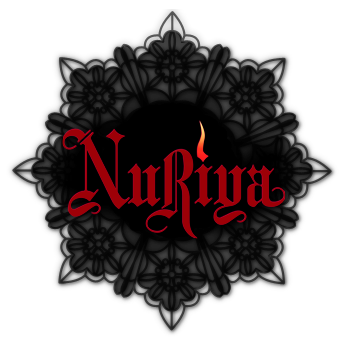